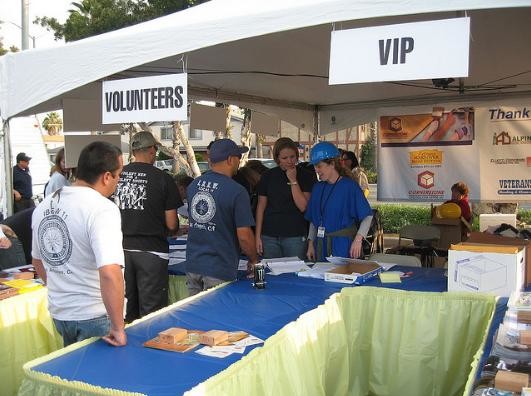 But a few details are starting to leak, and we expect we'll get more info at tonight's big rally over at Lowcountry Community Church in Bluffton. (And don't forget to bring a gently-used or even new winter coat with you to donate at the rally.)

The one big item we've heard is that residents of a northern Beaufort County neighborhood have received a letter warning them that a lot of activity is about to take place as a result of the project. We're not going to tell you which neighborhood because we haven't been able to confirm with ABC, and we also don't know if the neighborhoods of each of the finalists receive this letter.

It's also been announced that celebrity chef Robert Irvine, who in addition to his Food Network fame owns Robert Irvine's Eat on Hilton Head, will be holding a fundraiser on Jan. 14 out at the Westin Hilton Head Island Report and Spa.

There are different tickets and sponsorship packages available for this event, with the proceeds going toward helping to pay the mortgage of the chosen family.

You can check out details here.

The other new detail we've been able to gleam off the social networks is that Beaufort-area photographer Paul Nurnberg of Nurnberg Photography has been named photography chair of the local project, so we'll be looking forward to some great shots from him.

We expect more details will start to emerge as we move forward, and we can't wait to hear where this project is being held and who the family is.

There are still plenty of ways you can help on this project. Head on over to the official Extreme Makeover: Home Edition Beaufort County website for all the info.