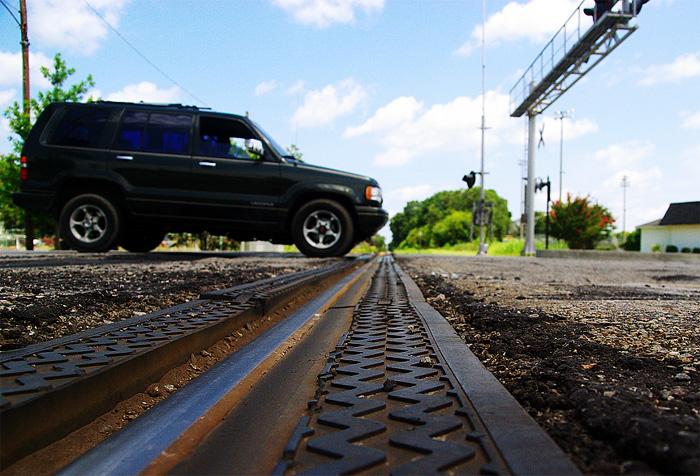 Update Mach 19, Laurel Bay: Now crews are set to focus on the rails at Laurel Bay Road near Highway 21 and the Marine Corps Air Station

Work is expected to begin the evening of Monday, March 21, and crews are expected to finish within a week.

Once again, the intersection will remain passable but will close lanes as necessary, all work will be performed at night.

Expect the same pattern as before: About a week of work at nighttime, and lane closures.

Update March 10, delay: Thanks to the rain the work was postponed. It's now slatted for tonight, March 10.

Update March 9, S.C. 170: Crews are finally getting to working on the S.C. 170 rail crossing removal — that's near the movie theater. Work is scheduled to begin today and should be done within a week — expect some lane closures and most work to be done at night.

First reporting November 25, 2010: Tired of having to hit the brakes and get jostled at rail crossings in Beaufort for trains that no longer run?

Well, rejoice in knowing that Beaufort-Jasper Water and Sewer Authority is continuing to remove rails from the old Port Royal Railroad, which the authority purchased the line right of way from the S.C. State Ports Authority.

The work is focused at Old Sheldon Church Road, Highway170 (Robert Smalls Parkway), and Parris Island Gateway and will begin the week of November 29th and take several weeks to complete.

Each intersection will remain passable, but crews will close individual lanes as necessary. For more information, residents may contact Matthew Brady, Communications Manager, at (843) 987-9213.