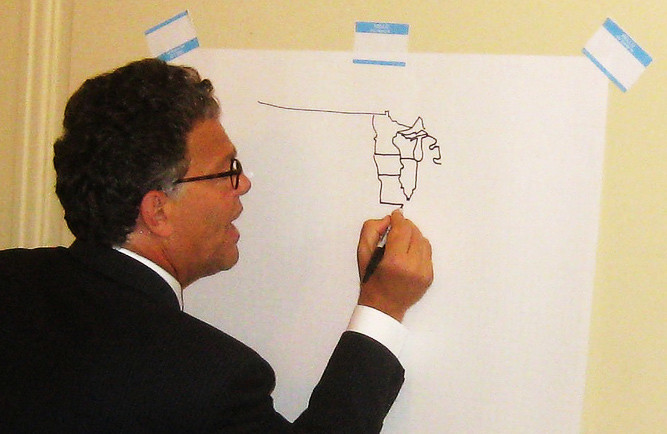 4:48 am on Tuesday April 19, 2011 | Posted by
Beaufort County begins process of redistricting (update: North of the Broad likely to lose a district)

Updated April 19: No big surprise here, but The Island Packet has a report that the pending redistricting could result in a lost seat for Beaufort County north of the Broad River, and to go a step further, the loss of a minority seat.

The three Beaufort County Council seats held by minorities all are located north of the Broad River. And with the likelihood that a redistricting will mean a loss of a seat to the north and the addition of a seat to the south, that would mean a lost minority seat.

The likelihood is that district's 6 (Gerald Dawson) and 8 (Herbert Glaze) will combine somehow and district's 11 (Laura Von Harten) and 5 (Bill McBride) will get slightly bigger.

Check out the Packet writeup here.

Reported Nov. 30: Nothing says fun like 'redistricting.' But as boring as it may seem, it's indeed an important process that the Beaufort County Council is about to take on.

The Island Packet has a report on how the Beaufort County Council is starting to take on the redistricting process, and how the plan has to be in place before the 2012 elections. You can read  the story here.

Lines for the 11 County Council districts are drawn based on population allowing for minority districts where appropriate.

The history lesson that the Packet doesn't offer in its story is that the 2012 redistricting likely will continue a trend of County Council seats moving south of the Broad River, along with the population.

The previous redistricting saw the District 10 seat, which had been Port Royal's seat, move out to Sun City Hilton Head. And the District 11 seat now represents Beaufort and Port Royal, when it previously had just been Beaufort's seat.

And from the population figures mentioned in the Packet story this morning that trend is likely to continue.