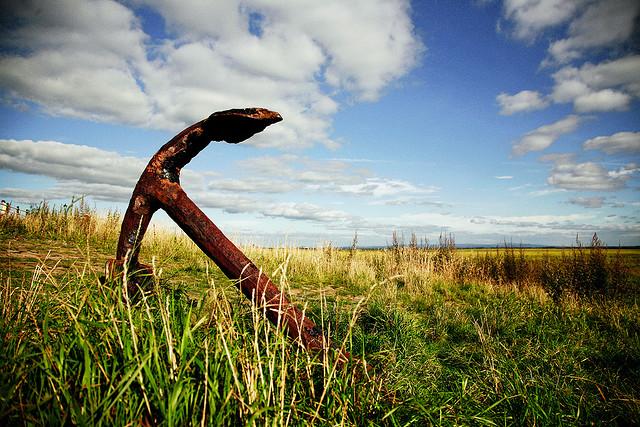 The news from the last update still stands but I'll point you to a newer, fuller report at WSAV 3; read it here.

Update March 8, no progress: Though the Tuesday meeting happen, ranks appeared to lock and no progress appears to have been made on making a Jasper Port a reality.

Georgia maintains that using the site as a dredge spill area is a good idea and South Carolina maintained that no port is better than a delayed port.

The Post and Courier has a brief on the meeting; read it here.

Some weeks ago we published a still-current summation of the issues in play; read that here.

Update March 2, back on: The Jasper port group will meet once again.

Reasons for the reinstatement of the meeting aren't clear — but then again nor were the reasons to stop, and nor is just what the group really manages to do.

Bluffton Today has a few details on the meeting being but back on; read it here.

Is it just me or does it seem our new Gov. Haley has been conspicuously silent on the Jasper port and Charleston and Savannah dredging?

First reporting February 20: The phrase "cutting off the nose to spite the face" comes to mind after hearing of the S.C. State Ports Authority's decision to call off the discussion over a Jasper Port.

In a letter sent from South Carolina government chair Bill Stern to Georgia counterpart Alec Poitevint, Stern says that he, "cannot, in good consc ience, recommend that South Carolina continue to spend funds on this project until these matters are fully and formally resolved."

Stern is speaking to issues about dredging the harbor and whether or not the Jasper Port site will be used as a dredge spill site, elevating it but taking decades to do so.

I'll point you to a report over at The Post and Courier for a full copy of the letter and some more reporting; read it here.

Both states are currently involved in battles to deepen their waters for a new generation of cargo ships.

It bears reminding that both South Carolina and Georgia forbid private companies to run ports and that both states forced out a private developer that had check in hand to build a port on the Jasper site in 2005.

Update March 7, before the meeting: Ahead of Tuesday's joint-state meeting, The Associated Press has published a summation of events.

It's a nice narrative on where things stand today and what the feelings are headed into Tuesday's meeting in Savannah; read that report here.