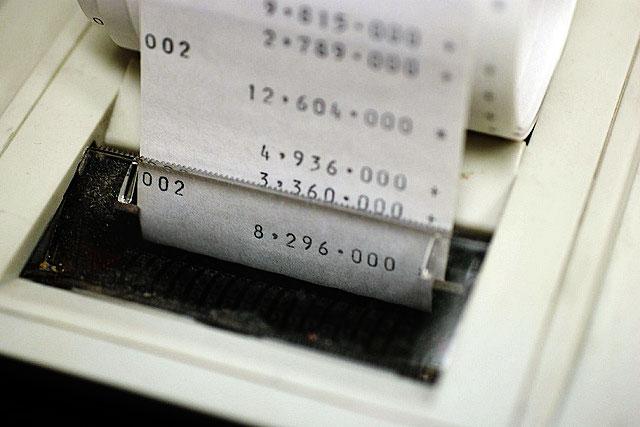 1:56 am on Monday July 11, 2011 | Posted by Ken Hawkins
Doug Henderson has a full plate as Beaufort County's new treasurer

Update July 11: The Island Packet has followed up with a column about the prickly situation Doug Henderson is walking into as the county's new treasurer.

If you're surprised to learn that the treasury of the county has been no golden road, you best give that column a read — do so here.

Update July 2: Doug Henderson has been sworn in.

Want evidence? WTOC 11 has the video proof — and they also have some remarks about how Henderson hopes to improve matters at the Beaufort County Treasurer's Office.

First reporting: Perhaps you recall that way back in November when Doug Henderson ﻿was elected over long-time Beaufort County Treasurer Joy Logan.

Well, South Carolina law requires county treasurers to serve terms that begin with a new fiscal year as opposed to January 1 as is required of County Council members and other elected officials, and Henderson will just be taking over in a few weeks when he's sworn in on noon Friday, July 1, in Beaufort County Council chambers.

Here are more details about what's up from a press release:

Treasurer-elect Doug Henderson plans to close the County treasurer's offices from 10 a.m. to 2 p.m. that day to give employees the opportunity to attend the ceremony.

He defeated long-time Treasurer Joy Logan last November. South Carolina law requires county treasurer's to serve terms that begin with a new fiscal year as opposed to January 1 as is required of County Council members and other elected officials.

Originally from Spartanburg, Henderson is the sixth of 10 children and has been married to the former Lindel Hughey of Spartanburg for nearly fifty years.

Henderson has held positions with the Home Builder's Association, the United Way, and other civic and service groups. He is a former Chairman of the Aiken Chamber of Commerce and a graduate of Leadership Beaufort.

He has thirty-five years of experience as a banker and also worked for the County Assessor for 7 years. He said he has been working, researching, and planning since the election in order to be as ready as possible to assume the office of County Treasurer. "I believe I have a clear mandate from the voters to change the way this office operates in the future. I only ask that voters be patient as we go through the necessary transitions to accomplish the goals that I have established."