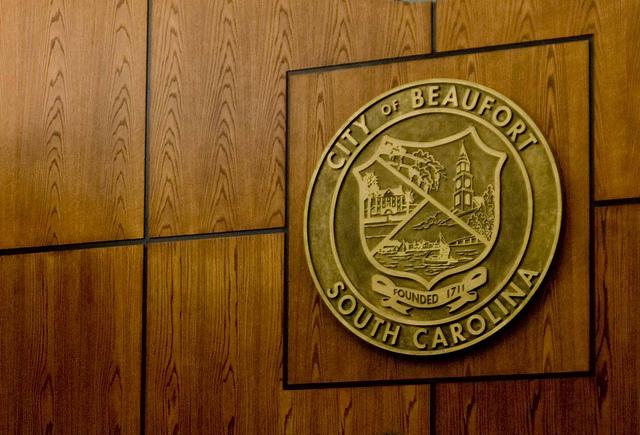 While the deal has yet to be closed, on Tuesday all members of Beaufort City Council approved the purchase of the 167-acre Beaufort Commerce Park for $1.85 million﻿.

Still, the deal is not yet fully closed as the agreement to buy the land requires allows 60 days for the purchase to be finalized, and that clock starts after environmental reviews and other due diligence.﻿

While that time period could be a few weeks or a few months, it's still plenty of time for criticisms﻿ to pipe up agains the proposed deal.

Here's more details from the release:

Last week, the owners of the Commerce Park parcels petitioned their land to be annexed into the City limits. At the same time, City Council approved on first reading the purchase of the Commerce Park for $1.85 million – less than what the property had been appraised at last year.

Also on March 27, the City Council approved initial reading of an ordinance to amend the Unified Development Ordinance to create an "industrial park" zoning district for the Commerce Park. The site will be used for heavy and light industrial purposes. Both the annexation and rezoning require additional steps before they are finalized.

"I'm a native. I feel a passionate sense it's our time to take the lead (on local economic development). It's a new day," said Beaufort Mayor Billy Keyserling.

Working to create new jobs in the area will help Beaufort's families stay in Beaufort, and also will create opportunities for local military to take their unique skills to a local job.

The Commerce Park has all utilities available on site. Located across U.S. Highway 21 from the Marine Corps Air Station and its soon-to-arrive F-35 Joint Strike Fighter squadrons and high-tech training center, the Commerce Park also is within an hour and 15 minutes of Boeing's new Charleston facility and 45 minutes from Gulfstream's Savannah operations.

In Beaufort's three military installations, "we have a huge untapped economic development asset in the disciplined, focused and experienced Marines and sailors who, with appropriate training, could provide a workforce unlike any other," Keyserling has said.

Beaufort City Councilman Mike Sutton agreed, saying Tuesday night, "We have a very vibrant city ... City-building is important to us. We are missing a reason for kids to stay here. We don't have the magic bullet ... but (the Commerce Park) might be the catalyst to new growth."

The agreement to buy the land requires the deal be closed within 60 days after environmental reviews and other due diligence.

"The time is now to go after better paying jobs for the people of northern Beaufort County," Keyserling reminded the Council last week. "This is a patience game. It doesn't happen overnight ... We need to do everything we can to diversify the economic base."

The Commerce Park is located near Marine Corps Air Station Beaufort. The park was most recently owned by the Lowcountry Economic Network and prior to that it was owned by a group of private investors.

Each year, Beaufort sets aside funding for land purchases and currently has $1.034 million available. Several options, to include financing, are available for the balance, and none of them require a tax increase for city residents, Keyserling said.

Part of Beaufort's comprehensive plan includes expanding the city's economic base while growing and grooming its core areas through infill development. The City Council uses the comp plan to guide its decisions.

Kershaw and Sumter, SC, both own their own industrial parks, and Rock Hill and Clinton own three industrial parks each. Cheraw, Chesterfield and Orangeburg own partial stakes in commerce parks, according to the Municipal Association of South Carolina.
To help promote the Beaufort Commerce Park, Keyserling said area mayors are lining up to revitalize the Lowcountry Economic Alliance.

The Alliance is critical because it's the only vehicle through which leads are fed by the S.C. Department of Commerce and it is the organization that is eligible to receive matching dollars for regional economic development, Keyserling said.