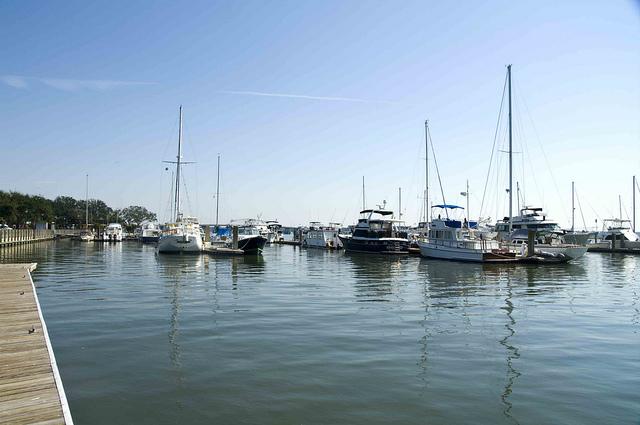 Update: The plan continues to advance.

Floated many times over the past decade, a proposal for an expanded downtown Beaufort day dock appears to be making real progress this time.

The proposal to bring a 250-foot day dock and mixed use paddle boat storage and marketing building to the west end of the park recently graduated from the Metropolitan Planning Commission and is headed to Beaufort City Council.

The Island Packet's Erin Moody has a solid report (read it here) and the paper also has an infographic showing the proposed facilities.

A $100,000 federal grant has also been secured to help bring an improved mooring area to the Beaufort River near the Waterfront Park.

Update September 26: On Tuesday night the idea had it's first run before city council and a wider segment of Beaufort. As one might expect, there were mixed reactions to the idea.

The Island Packet's Erin Moody was there and offers a report (read it here).

Update October 10: An initial first vote on the inclusion of the daydock, marketing, and several thousand square foot facility in the city's master plan won a 4-1 approval from council.

I'll point you to The Island Packet's report for more.

Despite the mixed feelings, a second approval on October 23 by council wouldn't seal the construction of the facilities but only commit the city to working to implement them.

Update October 25: As largely expected, the daydock, marketing, and facility have won conceptual approval. Expect more discussion, debate, and planning to occur during the next year.