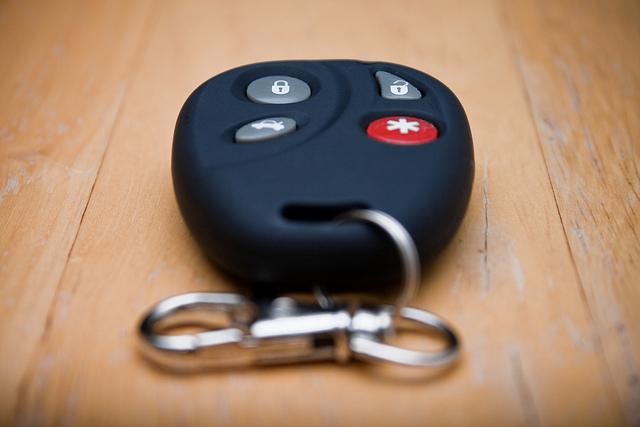 Flickr user foshydog
It's easier than ever to lock your doors, so why not?

Update January 6: The Beaufort Police department is passing along word that it has apprehended﻿ two suspects in the string of thefts from and of cars in the Mossy Oaks area.

The department writes, in part:

In many of the instances the suspects would return after the initial vehicle break-ins were reported and use the stolen keys to steal the victims' cars.

In the early morning hours of 1/4/12, Patrolman Stephen Knapp conducted an extra patrol of the area to check the homes and driveways of victims who had previously reported their keys stolen. Officer Knapp noticed a GMC Yukon belonging to one of the previous victims was not in their driveway.

Shavario AlstonBeaufort Police Patrolman Marvin Tabb-Walker located the vehicle on Robert Smalls Pkwy and radioed for assistance. The vehicle was stopped by Beaufort PD officers with assistance from BCSO deputies.

The passenger, Ronald Mattis, fled from the vehicle into the nearby woods. Officers questioned the driver, a juvenile, who provided Mattis' name and cell phone number. Beaufort County Dispatch personnel called Mattis' phone and convinced him to surrender and he was subsequently arrested.

Ronald MattisAfter an interview with both the juvenile and Mattis, Shavario Alston was identified as having been involved with the theft of the GMC Yukon and a Toyota Tundra that was stolen from Riverside Dr and had not yet been discovered stolen by the owners. A search warrant was executed at Alston's residence in Spanish Trace Apartments and numerous vehicle keys and stolen property were recovered, including the keys to the stolen Toyota truck driven by Alston.

Alston, who was at the apartment, was arrested. Beaufort PD and Port Royal Police investigators interviewed all three suspects and were able to retrieve the stolen Toyota and link the suspects to several additional vehicle break- ins in Beaufort and Port Royal and one residential burglary in Beaufort.

All three suspects have been charged with several crimes, to include multiple counts of breaking into a motor vehicle, grand larceny and conspiracy. One additional juvenile suspect was identified as being involved in some of the incidents. Additional charges are pending and the investigation is ongoing.

And, as always, it's advisable to keep those doors locked and not leave the keys in the car.

First reporting: After a rash of thefts from unlocked cars in the Waddell Road area (map below) and surrounding neighborhoods, the Beaufort Police Department is offering up ever-sound advice to lock your vehicles and report any suspicious activity to dispatch at (843) 524-2777.﻿