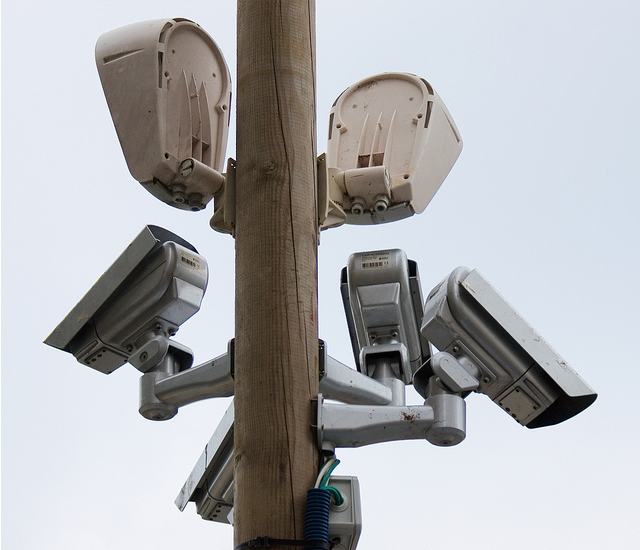 9:40 am on Tuesday July 12, 2011 | Posted by Ian Leslie
Are cameras bound for downtown Beaufort and Waterfront Park? (update: A bit more on the tourism front)

Updated July 12: Well maybe this whole tourism/DMO thing isn't going to be that easy after all.

In his weekly email blast Mayor Billy Keyserling drew a comparison between a recent analysis of funding of the city's police and fire departments and funding of the Beaufort Chamber and VCB, saying that "it is time to ask for this kind of accountability from all organizations that receive public funding."

The Island Packet has a report from last month on how indeed the City Council did go department by department in analyzing budgets. You can check that out here.

We'll see what comes out of tonight.

Reported July 11: Not a whole lot interesting on tomorrow's Beaufort City Council agenda, (oversight on our part: the short-term rental issue is back on the agenda) but it's the pre-meeting work session that could really prove to be something.

Two items on that work session have caught our eye:

On the camera side, this discussion certainly has to be in some way tied to a recent rash in downtown crime (though whether there's actually been in a spike or if it's just additional media attention during a slow summer can be debated.)

Also worth consideration is that the same infrastructure needed for a surveillance system of sorts also could be used to broadcast events held in Waterfront Park to the world. Imagine being able to watch Water Festival from California. Or what if someone is getting married in the park and family in N.Y. can't make it but can watch online? How great would that be and what a unique service to offer.

We'll see what comes out of this camera discussion.

On the VCB side, this change in the DMO was the next logical step as the chamber and VCB continue to split.

Without boring you with the legal side of all this, Beaufort has to have a designated marketing organization that receives bed-tax collections and uses that money to market the area to tourists.

The chamber has been that DMO for years, but now with the split between the chamber and the VCB that DMO designation will have to be switched.

The council's work session begins at 5 p.m. Tuesday, and the regular meeting begins at 7 p.m.