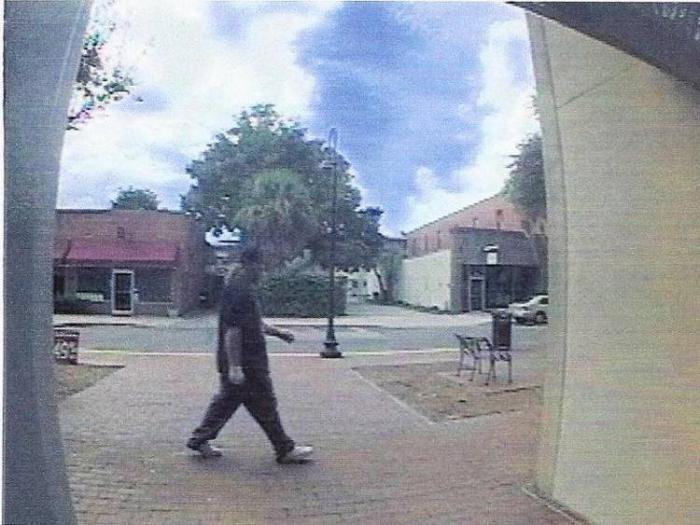 Submitted
The suspect from the Sunday armed robbery of Emily's on Port Republic Street.

Update: A suspect has been arrested.

A discussion on local crime has returned to the forefront after the Sunday armed robbery of Emily's Restaurant just a block off Bay Street.

In an apparent attempt to offer insight into the local anti-crime measures and to offer tips on being more savvy about crime, Beaufort Mayor Billy Keyserling has addressed the issue in his periodic newsletter.

While being Mayor is a fun, exciting and rewarding opportunity, there are times that are not so much fun. One of those is dealing with unacceptable behavior, specifically threats to our public safety in our neighborhoods and on our streets.

A year or so ago, we experienced a rash of thefts, vandalism and other issues around the downtown Marina and its parking lot. Though unfortunate events, it appears that through collaboration among the downtown merchants, the marina operator and our residents we addressed them with proactive measures, and they ended.

Last summer, we experienced a number of juveniles brandishing firearms and taking shots at others who had no safe place indoors to play basketball or other activities. The police took immediate action, found the perpetrators and a community organization was formed to make sure the Charles Lynn Brown Center was reopened so that good youngsters now have a safe place during the afternoons, early evenings and on weekends. Fingers crossed, that problem was taken care of though it can, of course, reoccur so we must remain vigilant.

In recent weeks we had three very unfortunate incidents in the Bay/Port Republic Street area. The police are working on this and I would like to encourage those who live and work downtown to maintain a watchful eye and call the police if they see something that appears in any way suspicious. (You can call 911 but the direct line is 843-524-2777)

A number of people have recommended more police officers and perhaps even some on foot patrolling the downtown area. While if resources were unlimited, this certainly would not hurt, but after talking with Chief Clancy and the City Manager, I am convinced that the area is well covered. Even while on foot police or on bicycles, officers cannot be everywhere. That said, my examination of records assures me that they are in the area and respond to every call within remarkable time frames... 60, 90, 120, 180 seconds in almost ever case.

I can assure you I would be the first to be critical if I found irregularities or that our officers were insufficient. This is not the case based on what I learned.

Some interesting information from Chief Clancy.

During the past thirty days (July 18 - August 17) there have been 503 "calls for service" in the greater downtown area. Of this number 382 were initiated or made by officers on the street or in their cars calling in to headquarters or to other officers for assistance investigating anything that seemed irregular. The remaining 121 "calls for service" were related to parking issues, bar fights late at night and 2 robberies. (There was a rumor circulating about a rape, but the police found it to be unfounded.) This means that 75% of the calls about potential problems come from the police officer on patrol with the remainder coming from citizens calling in to report suspicious activity or events that need police attention.

I asked the Chief what we could do to engage the neighborhood and merchants to help.

As you may know police officers meet with representatives of each neighborhood that participates in monthly neighborhood improvement meetings. Among other things they discuss irregularities and preventive measures for citizens such as making sure car and house doors are locked.

As you may know, when neighborhood associations meet as often as monthly in some cases, and they invite an officer to participate, they get timely information about what is happening in their neighborhood and often are given helpful suggestions about preventing or recognizing suspicious activities that should be called in to the police for investigation, guidance or other help.

The Police Chief has made himself available to meet with merchants, but the last time he met with those invited to a meeting through Mainstreet, few people showed up because the day meetings were difficult because they were minding their shops and evening meetings would not work because after a hard day's work they were ready to rest and go home to be with their families. Both are certainly reasonable. But we need to find a time and place as such meetings are necessary if the police are going to council merchants on how to create preventative measures and understand the best way to handle challenging circumstances.

If merchants are not able to leave their places of business, the police department will be happy to schedule individual meetings with merchants and their employees, at their business, at a mutually agreeable time.

I wholeheartedly believe in our law enforcement officers and their leadership, but also know that they cannot be everywhere all the time, are not always able to see everything that takes place and need our help so they can do the best they can to keep our streets and our neighborhoods safe for all.

Please see the following news release about the most recent incident and the description of the perpetrator and let the police know if you know or hear anything.

The suspect wanted for the September 16th robbery of Emily's Restaurant on Port Republic Street was caught on the camera of a nearby business. The suspect is a white male with long "dirty blond" hair and was wearing a black t-shirt and baggy jeans. He may have been in the area for some time prior to the robbery. Anyone who may recognize this suspect or have information on this case is requested to contact Investigator Erdel at 322-7958 or the dispatch office at 524- 2777. This subject is considered armed and dangerous.