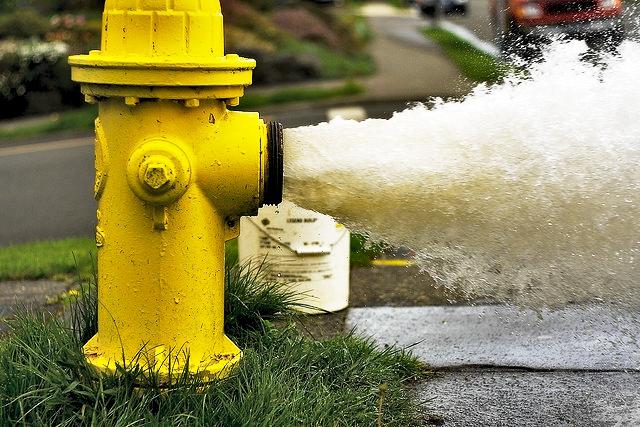 1:44 am on Friday January 27, 2012
Beaufort, Port Royal property owners to benefit from a better fire rating

Beaufort and Port Royal have both long enjoyed high fire safety ratings, and now both towns will be united in a Class 2 ISO rating.

It's something that's good for safety and can save dollars on insurance.

In a joint release the municipalities﻿ wrote, "With the possibility of lower fire insurance premiums for commercial properties that could boost economic development, including the Port of Port Royal property, both Beaufort and Port Royal will share a Class 2 ISO fire rating effective May 1."

For 15 years, Beaufort has enjoyed one of the state's highest fire insurance ratings – an ISO 2. That can translate to annual savings on fire insurance premiums, particularly for commercial properties. Insurance companies can use the ISO rating as an indicator of a community's ability to provide fire protection.

"With our combined firefighting capability with Port Royal, with our strong water supply system and hydrants, and with our new equipment, we earned the joint ISO 2 rating for both the City of Beaufort and the Town of Port Royal," Beaufort Fire Chief Sammy Negron said. The rating team was in the Lowcountry in August.

The last time Beaufort was evaluated by ISO was in 1981. In 2004, the Town of Port Royal received an ISO Class 3/9, with outlying areas having the lower, less appealing 9 rating. "It was not easy bringing these two ratings into one single ISO classification but we knew it was possible and, better yet, it was the right thing to do," said Port Royal Town Manager Van Willis.

"We have the right equipment, we have a well-trained group of firefighters and we have fire stations in the right locations," he said. "This upgraded fire rating comes at an ideal time as we move into the new year with new economic possibilities."

The ISO rating system measures the major elements of a community's fire-suppression system and develops a numerical grade from one, the highest, to the lowest, 10.

How the reviews are done

Here's how the review process works, according to the Insurance Services Office:

Fire alarms: 10 percent of the overall grading is based on how well the fire department receives fire alarms and dispatches its fire-fighting resources. Field representatives evaluate the communications center, the number of operators at the center and the listing of emergency numbers in the telephone book. Field representatives also look at the dispatch circuits and how the center notifies firefighters about the location of the emergency.

Engine companies: 50 percent of the overall grading is based on the number of engine companies and the amount of water a community needs to fight a fire. ISO reviews the distribution of fire companies throughout the area and checks that the fire department tests its pumps regularly and inventories each engine company's nozzles, hoses, breathing apparatus and other equipment.
ISO also reviews the fire-company records to determine:
- type and extent of training provided to fire-company personnel
- number of people who participate in training
- firefighter response to emergencies
- maintenance and testing of the fire department's equipment

Water supply: 40 percent of the grading is based on the community's water supply, specifically whether the community has sufficient water supply for firefighting beyond daily maximum consumption. During an ISO review, its team checks all components of the water supply system, including pumps, storage and filtration. They check the distribution and location of fire hydrants and the rate of water flow provided by water mains.