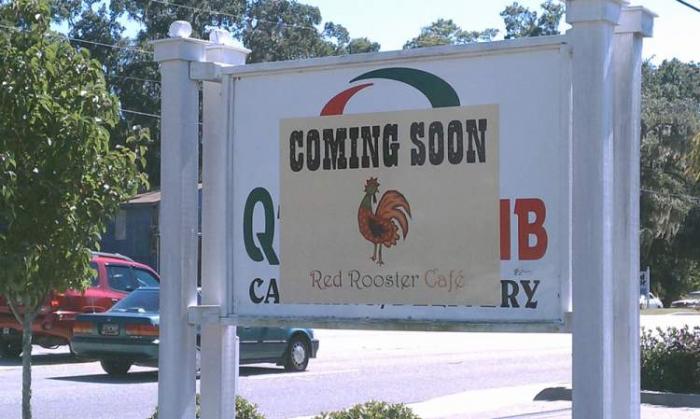 Update February 5, review: The crew from The Island News made it over to give the new spot a try.

And generally it seems like a pretty solid lunch spot with creative twists (and names) for their lunch and breakfast items. But I won't re-describe them here — head here to take a read and see some shots.

One of these days I will make it down there to try them out and take some swank shots.

Update January 17, open: After having an "opening soon" sign for the last two months, Red Rooster Cafe has finally opened.

It looks like they opened on Friday, January 14, and, according to their Facebook account, they "have a small eclectic menu with styles ranging from Southern to French."

We've yet to make it down. How about you?

First reporting October 6: Looks like the Quiznos sandwich shop that opened on Ribaut Road in early 2008 has closed, and according to a new sign, a Red Rooster Cafe is going to take its place.

We'll update as we hear more about this new restaurant and an opening date.