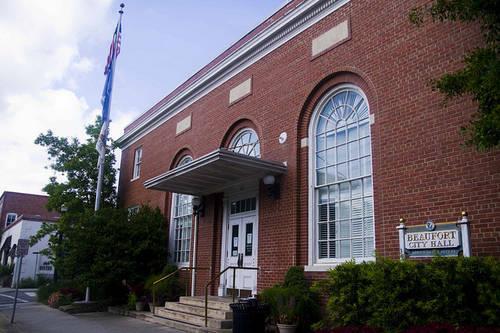 Updated February 25: Just a reminder that the walking tour is Saturday, February 26.

Refresh yourself on what this process is all about by clicking here.

Reported February 16: The City of Beaufort's Office of Civic Investment is kicking off its master planning effort this week with a Thursday, February 17, public workshop with the city's neighborhood associations at 5 p.m.

An e-mail release from the city and Office of Civic Investment offers a bit more on what will be undertaken and hopefully accomplished over the coming months.

We've pasted the full email below along with a schedule of events, but you can hop over to it here. A full list of events and more about the Office of Civic Investment can be found over at its website.

To date the planning effort hasn't exactly gotten off on the right foot, with City Council members saying they never were informed that a private was being brought in or that this planning effort was being undertaken. The Island Packet penned an opinion piece on that issue that you can read here.

Still, let's hope the community doesn't write this off before it gets started. Public imput obviously will be critical.

This first session will be held at 5 p.m., Thursday in City Hall.

At the start of the new year, the City of Beaufort will embark on an exciting design and master planning process led by the Office of Civic Investment to create a civic master plan for the future of the City. Community involvement is essential to this process and we look forward to seeing everyone in the coming months.

The Civic Master Plan will establish principles and standards that all public and private development will follow. The Office of Civic Investment will identify and promote investment and reinvestment opportunities, block by block, in each neighborhood throughout the entire city, not just one or two neighborhoods. Each neighborhood has its history, unique character and physical attributes upon which we will respect, build upon and not destroy.

During the next four months, the first Sector Plan shall be completed. The first Sector Plan includes the following neighborhoods: The Point, The Old Commons, Downtown, The Bluff, The Northwest Quadrant, Dixon Village, Pigeon Point, Uptown Beaufort, Whitehall, and Higginsonville.

**Unless otherwise noted, all meetings will be held at the First Floor Conference Room at City Hall, 1911 Boundary Street, Beaufort, SC.