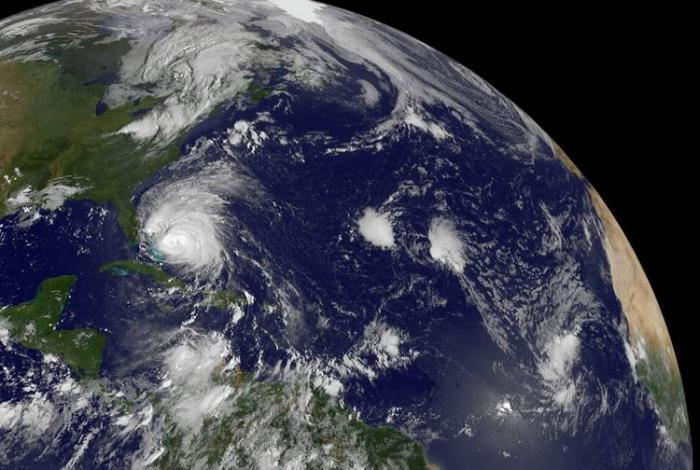 This storm is a beast, 420+ miles wide in diameter.

We're already starting to see some of the outer bands impact us. Luckily all we'll see is a little wind and rain.

Reported August 25: Beaufort has lucked out with Hurricane Irene seeming more intent on Cape Hatteras, but we're not totally in the clear yet.

We have three big things to watch out for.

1) Winds: To be sure we should still brace for some windy conditions until Irene passes by late Friday night (map below) — after all the storm is currently a "major" storm with 115 MPH winds.

2) Waves: Waves are expected to continue to grow as Irene moves nearer, possibly reaching upwards of 10 feet near shore . Not only does this pose an obvious safety risk (and don't do anything silly like those guys who wrecked a boat on Folly Beach last year.) And high waves will almost surely mean more erosion at our beaches.

3) Rip currents: The National Weather Service﻿ describes the risk, "Breaking waves can be much larger than their heights in deep water and water from large breaking waves can quickly rush up the beach sweep people off of their feet and drag them into the water. People viewing the ocean from jetties rock walls and other areas near the surf zone are especially at risk."

The service offers tips on dealing with rip currents, "﻿Rip currents are powerful channels of water flowing quickly away from shore which occur most often at low spots or breaks in the sandbar and in the vicinity of structures such as groins jetties and piers. There are sometimes clues such as a channel of churning or choppy waters an area in the water having a noticeable difference in color from the surrounding water a line of foam seaweed or debris moving steadily out to sea or a break in the incoming wave pattern, a rip current may look like a river in the ocean in some cases.

"If you become caught do not panic, remain calm and begin to swim parallel to shore. Once you are away from the force of the rip current begin to swim back to the beach, do not attempt to swim directly against a rip current since it can exhaust and even kill the strongest swimmer."

As always, we'll keep you posted.