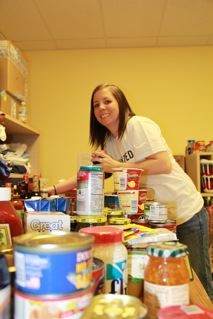 (Bluffton, SC)--The United Way of the Lowcountry and several Bluffton restaurants are asking consumers to dine out in December in order to fill a meal gap, stock a food pantry, and reduce hunger in Beaufort and Jasper counties.

According to the Food Research and Action Center (FRAC), the leading national nonprofit organization working to improve public policies and public-private partnerships to eradicate hunger and undernutrition in the United States, more and more Americans have been losing the struggle to afford an adequate and healthy diet.

“In short, tens of millions of households are failing to attain an adequate standard for food purchasing,” says FRAC President Jim Weill. “When families don’t have enough resources to purchase an adequate diet, it leads to increased hunger and damages health, mental health, family cohesion, early child development, learning, and productivity at work. Today’s inability to afford enough food will lead to widespread harm to the nation’s children and adults, its schools and its workplaces, and its economy unless this trend is reversed.”

Ryan Mikkelson, executive director with Lowcountry Legal Volunteers and Josh Luman, owner of Corks Wine Company, the volunteer coordinators for the Bluffton Dine Out for Hunger agree with Mr. Weill.  “We continually see families in the Lowcountry struggling to keep a roof over their heads and meals on the table.  The “dine out” program provides residents of the Lowcountry an opportunity to get a great meal and show these struggling families that we as a community sympathize and care about their struggles,” says Mikkelson.

“Hunger is a problem that can be eliminated,” says Luman.  Last spring, Feeding America conducted a research study to learn more about the face of hunger at the local community level. By understanding the population in need, communities can better identify strategies for reaching the people who most need food assistance. Map the Meal Gap showed that hunger exists in every county in the nation.  According to Map the Meal Gap Beaufort County has a 13.6% food insecurity rate, Jasper County 19.6%. The State of South Carolina has a food insecurity rate of 18.3%.

Feeding America indicates that the majority of people seeking food assistance, pantries are now a part of households’ long term strategies to supplement monthly shortfalls in food. Results of these analyses suggest that families no longer visit “emergency food” sources for temporary relief, but rely on food pantries as a supplemental food source. Seniors, who so often are limited by fixed or no incomes, are shown to be among the most consistent pantry clients.

“The economic downturn has many of our citizens turning to local food programs as a primary source of food.  As food needs increase, hunger relief programs are struggling to meet the demand,” says Jill Briggs, executive vice president for the United Way of the Lowcountry.

Dine Out for Hunger in Bluffton transpires on December 13th and includes Captain Woody’s, Corks, May River Grill and Pour Richards and on December 20th the Kickin Chicken, Mulberry Street Trattoria and British Open Pub.  Each restaurant will donate a portion of their proceeds to the United Way of the Lowcountry to assist its partner agencies in combating hunger. Reservations are suggested.