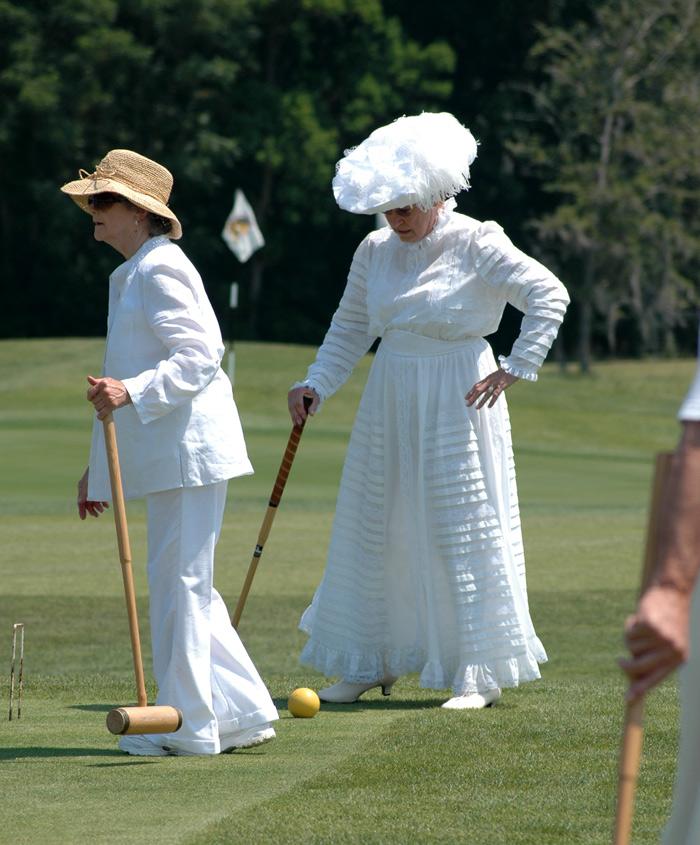 7:51 am on Saturday April 7, 2012
Croquet fundraiser to help out troubled teens

Submitted
Participants at the 2011 AMIkids Beaufort croquet fundraiser at Brays Island — yes, you can bring your Victorian digs along.

"It's our primary fundraising event and a lot of work goes in to making it all work for the people who so generously give, but it's also important that we remember it's all about the kids and for one weekend, it's all about the croquet," said Mike Ingram, chairman of AMIkids Beaufort.

Students work toward their high school equivalency diplomas and also, starting this year, can earn a welding certificate to help them find good work upon graduation. In the past two years, 27 AMIkids Beaufort participants have earned their GEDs and seven of those students have pursued higher education throughout South Carolina.

The Saturday, May 5, golf croquet tournament will be held from 11 a.m. to 3 p.m. at Brays Island off U.S. 17 in Sheldon, about 15 miles west of Beaufort. A "Captain's Party" for all participants will be held May 4, 5:30 p.m. at the historic Marshlands home of Brantley Harvey Jr. in Beaufort's National Historic Landmark District.

Teams of four- to eight-people are encouraged to enter, and period costumes are one of the hallmarks of the annual tournament.

"We have a lot of fun with the croquet and it ranges from serious players to people just out for a fun day for a good cause," said Dr. Mike Harris, chairman of the AMIkids Beaufort croquet tournament.

During the croquet day, a silent auction helps raise money for the program, formerly known as Beaufort Marine Institute. Items range from golf outings to catered dinners aboard yachts and in historic mansions, from custom jewelry to vacation getaways.