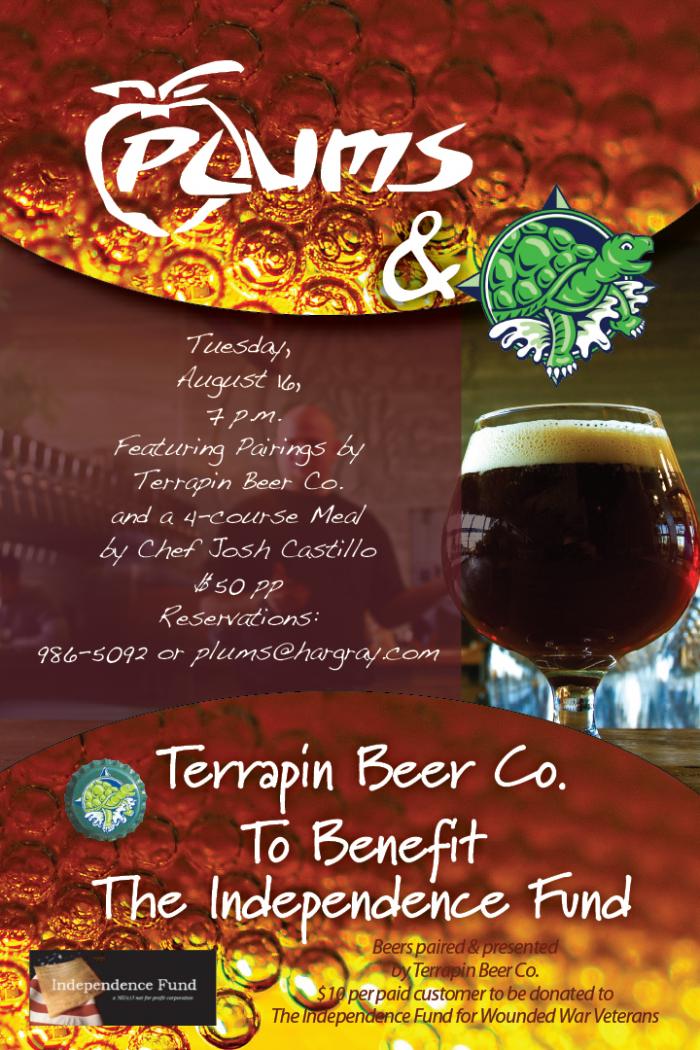 5:51 am on Saturday August 6, 2011 | Posted by Ken Hawkins
A Terrapin beer dinner at Plums to support the Independence Fund

Plums is hosting a four course dinner with beer pairings by Terrapin Brewing Co. ﻿ to benefit The Independence Fund on Tuesday, August 16, at 7 p.m. ﻿

The Independence fund is a nonprofit with a mission to support wounded war veterans and to help cover expenses for severely injured veterans and their caregivers during the Lieutenant Dan Weekend 2, which takes place September 14-18, in downtown Beaufort .

The dinner will feature keynote speaker Commander Richard Jadick, author of “On Call in Hell.” Jadick served as a physician in Iraq war zones, including the Battle of Fallujah, and is a founder of the Independence Fund.﻿

“We continue to support the mission of the Independence Fund,” said Plums Inc. Director of Operations Chip Dinkins. “This dinner is our way of supporting an amazing community event while at the same time raising awareness for those who have sacrificed so much for our country.”

And, yes, Plums did a similar dinner last year.