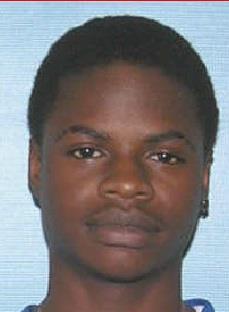 Beaufort Police are searching for a 16-year-old youth who allegedly fired shots at two men leaving the Ambrose Run apartments.

Mykel Deyshawn Johnson is described as 5 feet, 3 inches and weighs some 130 pounds.

Multiple briefs abound, but I'll point you to the one at The Island Packet for a bit more (read that here).﻿﻿

A post from the Beaufort Police Department asked that, "If sighted please call 911 and report his location, clothing description and direction of travel. If you have information or tips related to Johnson you can call the Tip Line at 322-7958. You can remain anonymous.﻿"

Update November 9, 2011: Johnson has been arrested.

Update ﻿June 21: Mykel Deyshawn Johnson, 16, has been sentenced to 16 years in prison following the shooting at Cross Creek Apartments in October 2011﻿.

Johnson, who went by the alias "Hot Boy",﻿ was convicted of two counts of attempted murder. He was arrested nearly two weeks after the shooting and had been incarcerated awaiting trial. Johnson was sentenced by Judge Carmen Mullen.