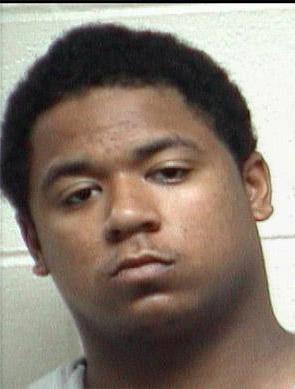 A 20-year-old Beaufort man was sentenced to 20 years in prison Friday after
being convicted of a 2011 St. Helena Island shooting.

At the conclusion of a four-day trial, jurors found Jabari Linnen guilty of assault and battery of a
high and aggravated nature and possession of a weapon during commission of a violent crime.

At approximately 2:15 p.m. on April 21, 2011, Linnen shot Kenneth Nichols, then 20, at the
intersection of Luther Warren Road and Seaside Road. The two men had an ongoing dispute.

According to testimony, Nichols threw an empty soda can at a car containing Linnen and another
man. Linnen exited the vehicle with a .45-caliber pistol, walked around the car and fired at least
nine rounds. Nichols, who was unarmed, was struck five times.

After the shooting, Linnen, of Darby Drive, ditched the vehicle and tossed the gun in a river.
Neither was recovered. He was arrested two days later after an investigation led by Sgt. Jeremiah
Fraser of the Beaufort County Sheriff's Office.

"The shooting of an unarmed man is a very cowardly act," said Deputy Solicitor Sean Thornton,
who prosecuted the case. "Had the victim died, I would have called it an execution."

Judge Diane Goodstein sentenced Linnen to the maximum penalty for both charges. By law,
Linnen must serve at least 85 percent of his sentence.