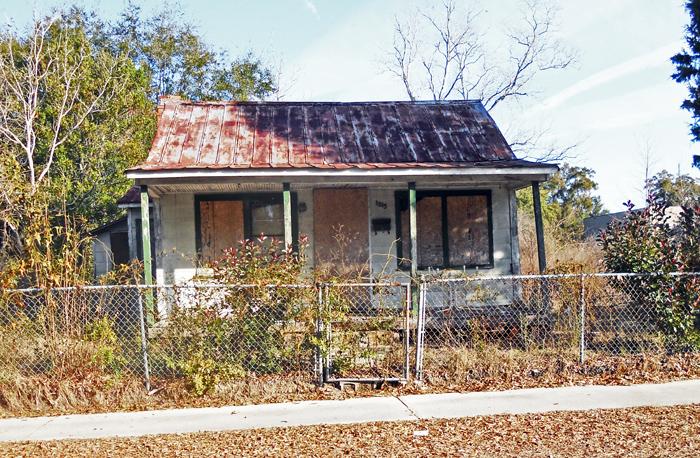 Interested in being the new owner of a circa 1890 cottage in historic Beaufort? It's yours free.

Provided you'll move it from 1915 Duke Street, that is.

The Historic Beaufort Foundation has joined with the owners to find someone to move and preserve the "Killingsworth House" from demolition. The house is one of a few remaining structures in one of Beaufort’s earliest suburbs.

Here's a bit about the house from the foundation:

A modest cottage that was the architectural norm in what was once called Dixon Village just blocks east of Ribaut Road near the current Beaufort County Courthouse, 1915 Duke was built on part of the former Hermitage Plantation, a significant antebellum plantation. Until the first decade of the 20th century, Dixon Village was outside the town limits.

While it is not in the National Historic Landmark District, the house is important because it’s part of the legacy of late 19th century African-American building patterns, according to HBF records. The cottage was built on one of 54 lots that were subdivided after the Civil War from Hermitage Plantation owned by the family of Caroline Edings Sams Fripp who acquired title in 1878 and created the suburb. Ned Killingsworth purchased the lot in 1889 and built the house sometime after that.

Other remaining historic structures in Dixon Village that have not been modified extensively are the Peete House at 1805 Duke Street, the Alston House at 1909 Duke Street which was a duplex or triplex and Bethel Church at 1823 Duke Street.